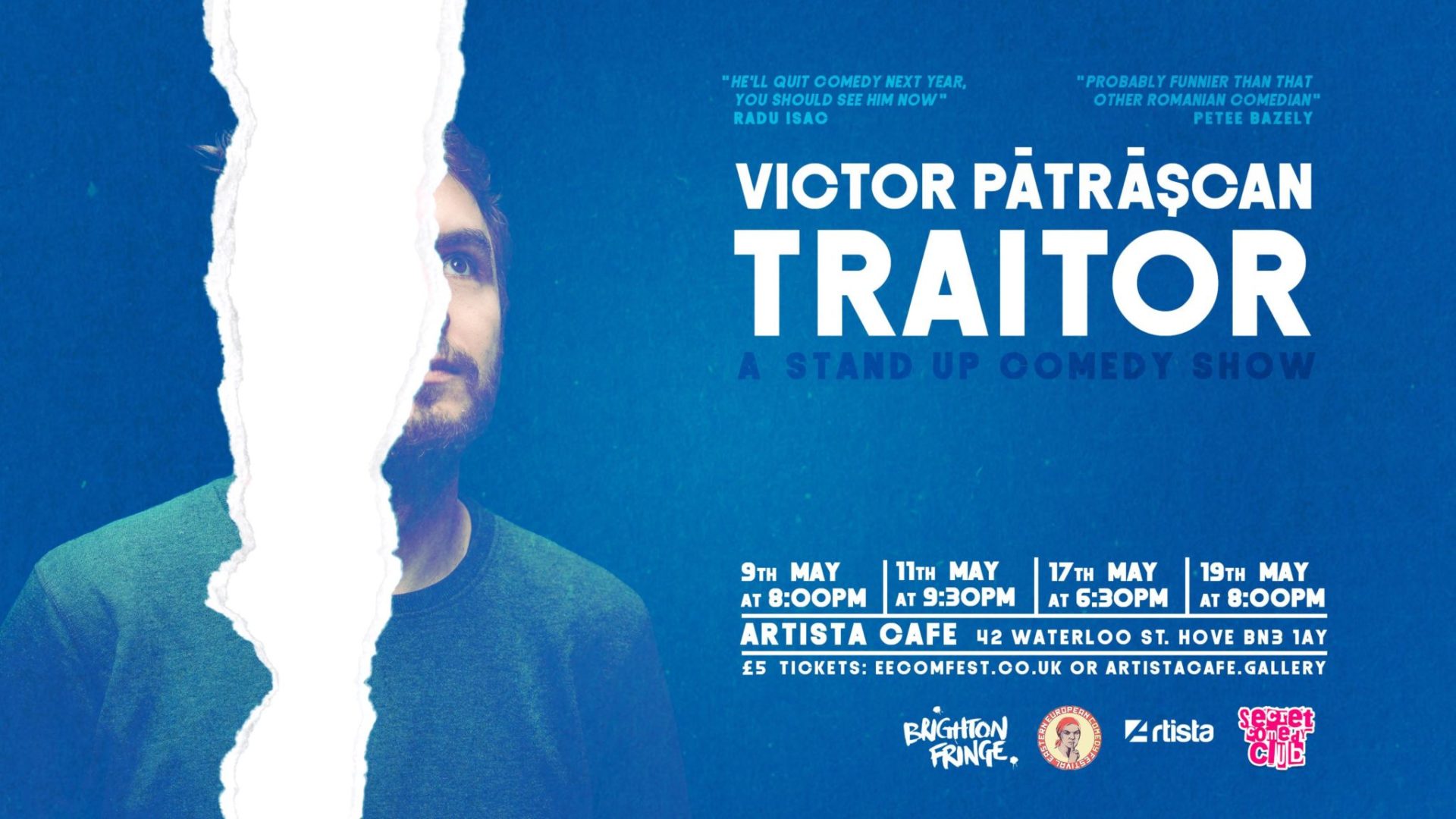 Romanian comedian Victor Pãtrãşcan skewers conventional thought and ponders whether it is better to be Romanian or Bulgarian, right or left or a platypus. This is a show about betrayal, paranoia, cheese, fears, sandals, immigration and love. – basically, a contemplation on the inane, frivolous and vapid lives we all live, and sandals.
With his introspective and sometimes dark approach to comedy, come and watch Victor Pãtrãşcan bare his soul in this one-man show. If you want to see a man question question everything about life and whether to speak his mind, this is the show for you.