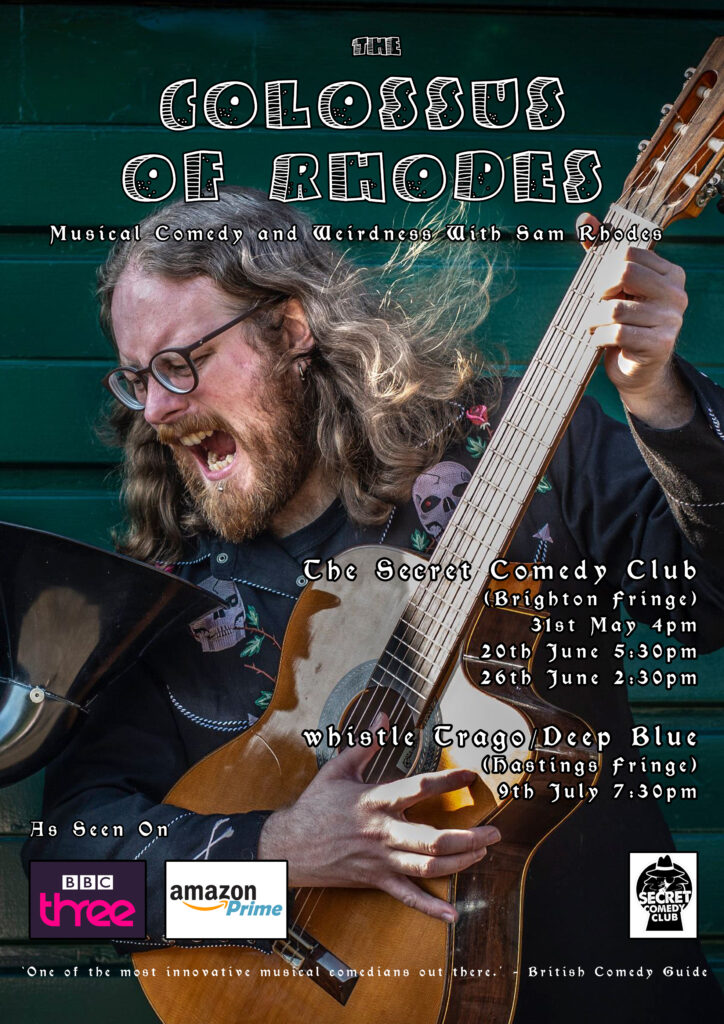 Sam Rhodes is a Musical Comedian from South London. He has toured internationally, and has made 2 specials so far (one for the BBC, and his latest, ‘Americanarama’ is available on Amazon Prime) Easy going, Fun and endearingly weird, Sam presents a mix of whimsy, music and Dad jokes that’s as hilarious as it is unique.’Sam is one of the most innovative musical comedians out there.’ – British Comedy Guide