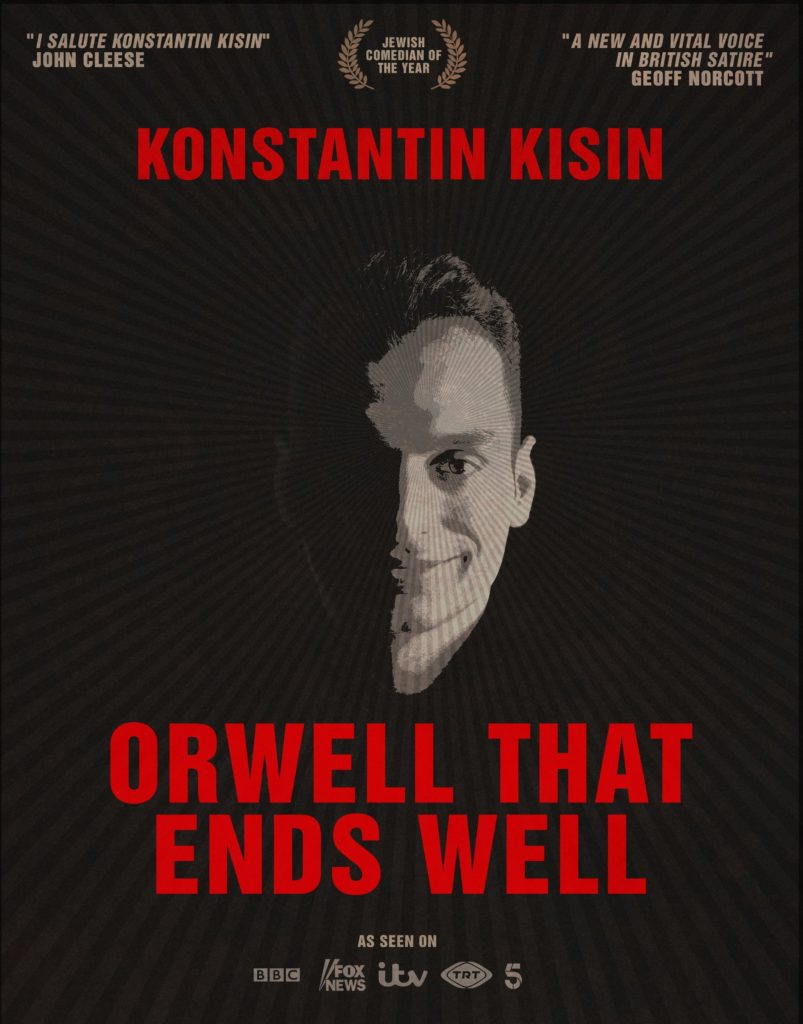 After a hugely successful Edinburgh run, Konstantin Kisin, who made international headlines by refusing to sign a ‘safe space’ contract for a university gig, offers an intelligent, uncompromising look at free speech and ‘wokeness’ in his debut show. Full of strong gags, tales of rags-to-riches-back-to-rags (as the son of a former oligarch) and razor-sharp observations about the world, Kisin’s comedy walks the line between offense and humour as he tears into the sacred myths of modern society.

Directed by Jonathan Pie co-writer Andrew Doyle, the show is guaranteed to entertain and ruffle feathers in equal measure.