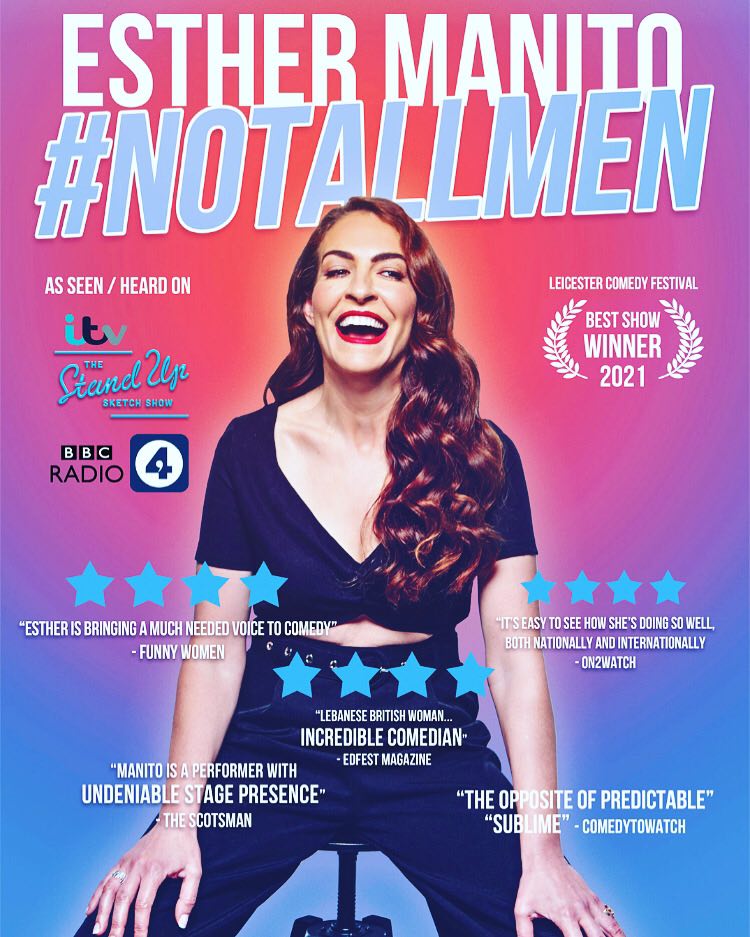 Esther Manito: Not All Men

Esther Manito brings you her award winning brand-new stand-up hour ‘#NotAllMen’ after a successful and critically acclaimed award nominated 2019 show. Esther’s biographical show takes you back to the 90’s: lad mags, calling landlines and trying to imagine what she should ever hope for from a future spouse!?!?! Being told by the media around her that her Middle Eastern heritage was filled with misogynistic men (compared to western fellas) seemed very confusing to this Arab Essex teen…