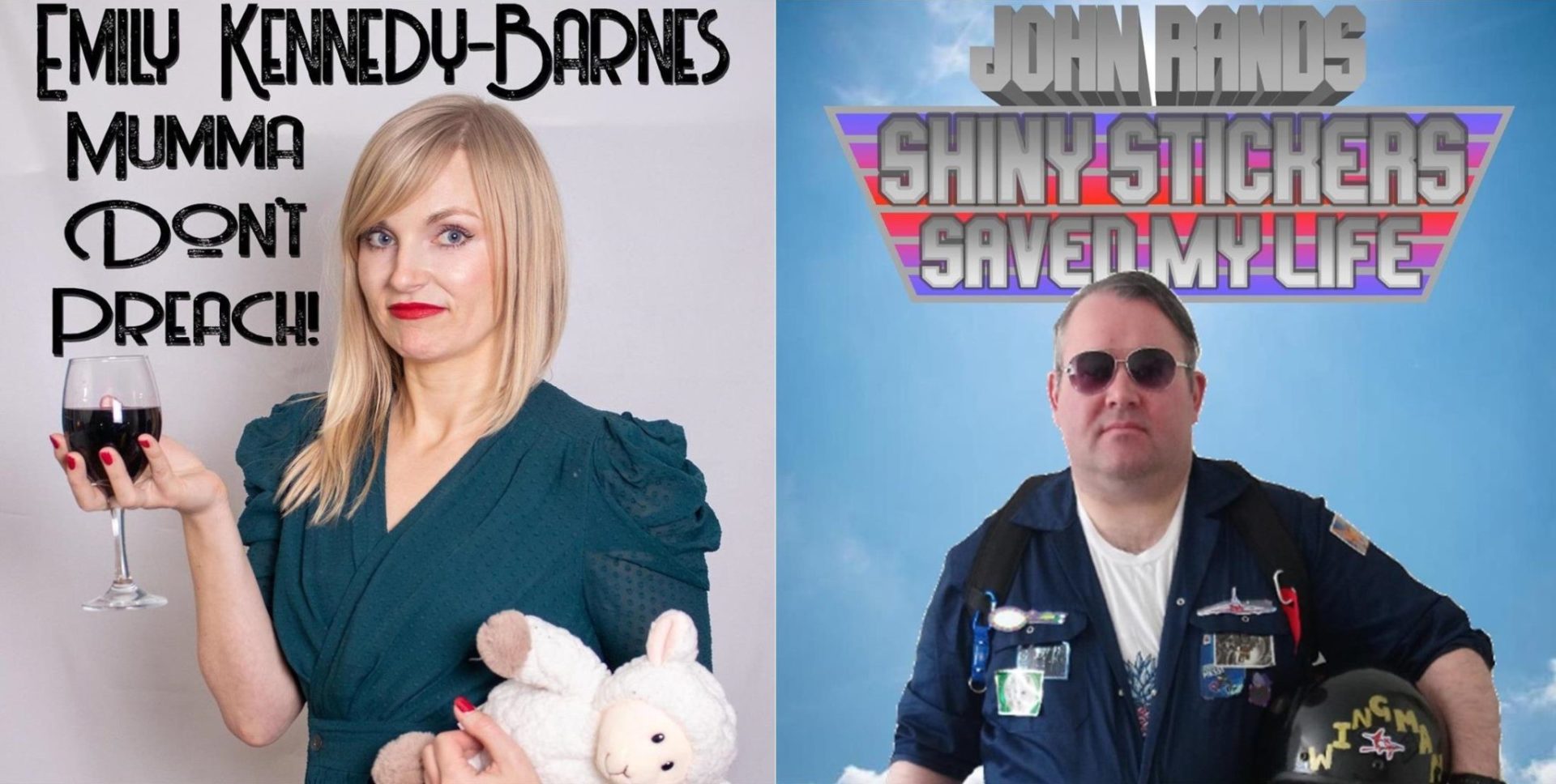 Posh and Specs – Double Feature
The one night only debut show from two hot new Sussex acts.
Emily Kennedy-Barnes – Mumma Dont Preach
Firing with both barrels, Emily lifts the lid on being the product of two worlds, the realities of co parenting, and why you never ask daddy for a pony.
John Rands – Shiny Stickers Saved My Life
John opens up about changing his lifestyle to save his life. A journey which includes Top Gun, supernatural stalkers, kid questions, astronomy and lots and lots of shiny stickers.
“Emily alternates disarming sweetness with sharp, biting humour” Juliet Brando, PunchUp Comedy
Emily Kennedy-Barnes has been on the production side of comedy for the last few years and founded the Funny For a Woman events and podcast. This year she is giving standup a go herself.
‘When John Rands takes to the Stage he is instantly likable and has a good comedic style’ – Charmaine Davies
John Rands is a writer and comedian who has played venues around the country, and is currently a finalist in the 2019 Much Laughter Open Mic Competition.
Emily Kennedy-Barnes is a blah blah blah and make podcast “Funny For a Woman”