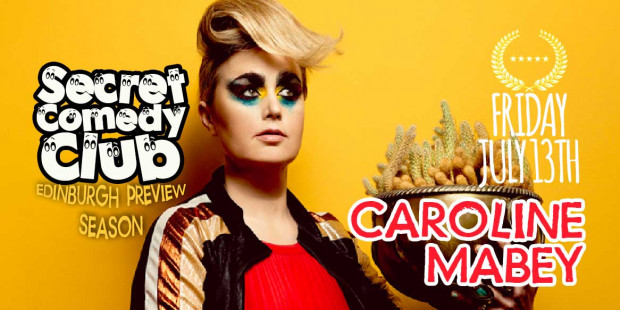 This year, Caroline Mabey’s husband/ boyfriend/ partner (whatever!) gave up his job as an accountant to train as a dog groomer. That’s ok! Financial security is overrated -who needs to eat anyway! Apart from possibly their five year old daughter? And is Mabey really cut out to be the breadwinner? It’s 2018, men and women are equal, but … If being the breadwinner means following your dreams down whatever unseemly cul-de-sac they choose to lead you – including five Edinburgh Fringe solo shows resulting in various degrees of financial ruin (and critical acclaim)- then maybe she is. (She’s not). One of the most inventive comic voices in Britain, Caroline Mabey (“Oddball genius” -Chortle) is gloriously silly, with a quick, sharp wit. She has recently appeared on Comedy Central as part of their Performance Anxiety campaign, and in Josh Howie’s Losing It on BBC Radio 4. She has also written for Radio 4’s News Quiz. She is one half of double act the Two Stupids, with multi-award-winning comedian Michael Legge, and co-hosts theSelf Renovators podcast.

“FUNNY AND TOUCHING AND BRILLIANT” –The Guardian

“A KOOKY, MISCHIEVOUS TALENT” – Time Out

“FANTASTICALLY DITZY AND SPECTACULARLY ABSURD…LEAVES YOU FEELING A LITTLE BIT DIZZY AND A BIG BIT HAPPY. A JOY TO BEHOLD.” – The Skinny

‘Hints of Will Adamsdale, reminiscent of Greg Davies… entertaining and unique’ (Chortle)

‘Kooky, quirky and delicious’ (Time Out). 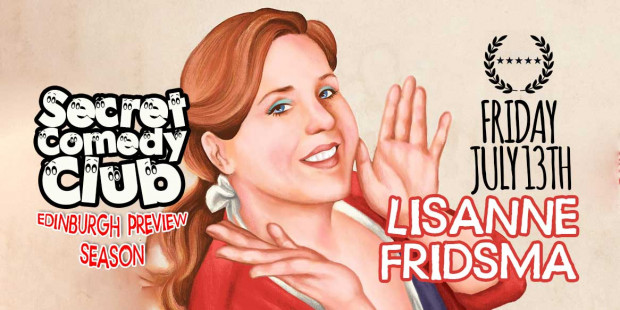 How do you know where you are going in life? Are you ever done sorting yourself out? Lisanne was given the roadmap to her life at birth. Come and find out if she can follow the road to her destiny. Lisanne Fridsma, a Dutch cake loving introvert, serious about comedy. She has been living in the U.K. for 4 years now, and really makes an effort of fitting in. Her biggest ambition is that someday she’ll be called quintessentially British. Not that she is, but she’s very fond of the word quintessentially.

Finalist for Bath Comedy Festival New Act of the Year 2017

Semi-finalist for Laughing Horse New Act of the Year 2015

Winner of Rock Around the World 2008 (Netherlands)

Lisanne performs regularly at Angel Comedy in London and is the host of A Piece of Cake!, a monthly free comedy show with homemade cakes in the Bill Murray in London.