Brighton Fringe Comedy: Esther Manito’s ‘But I’ve Got One’ WIP 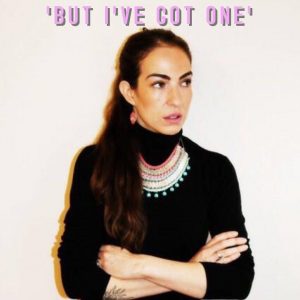 Esther Manito – But I’ve Got One WIP

Esther Manito, a finalist on ‘So You Think You’re Funny? 2017’ and heard on BBC radio 4 Extra, is working on her first solo show. ‘We need more gritty reality of the feminine kind and Esther tells it like it is!’ (Lynne Parker, Founder and Producer of Funny Women). Esther is so over expectations and hiding what she’s thinking, because deep down… deep, deep down, some of you lot are thinking the same thing.

‘An assured and adept performer’ (Chortle)

Arab is a mythical word isn’t it?
Entitlement isn’t an epidemic is it?
Women are the face of morality aren’t they?
The EDL and Extremist Preachers have loads in common….why can’t they get along?
This Anglo Arab mum’s confidently fantastical observations, expertly delivered will have you in stitches! (Saqi Press)

Vote for us in the people’s choice awards for Best Brighton Fringe Venue 2018: https://www.brightonfringe.org/whats-on/artista-cafe-gallery-36048/