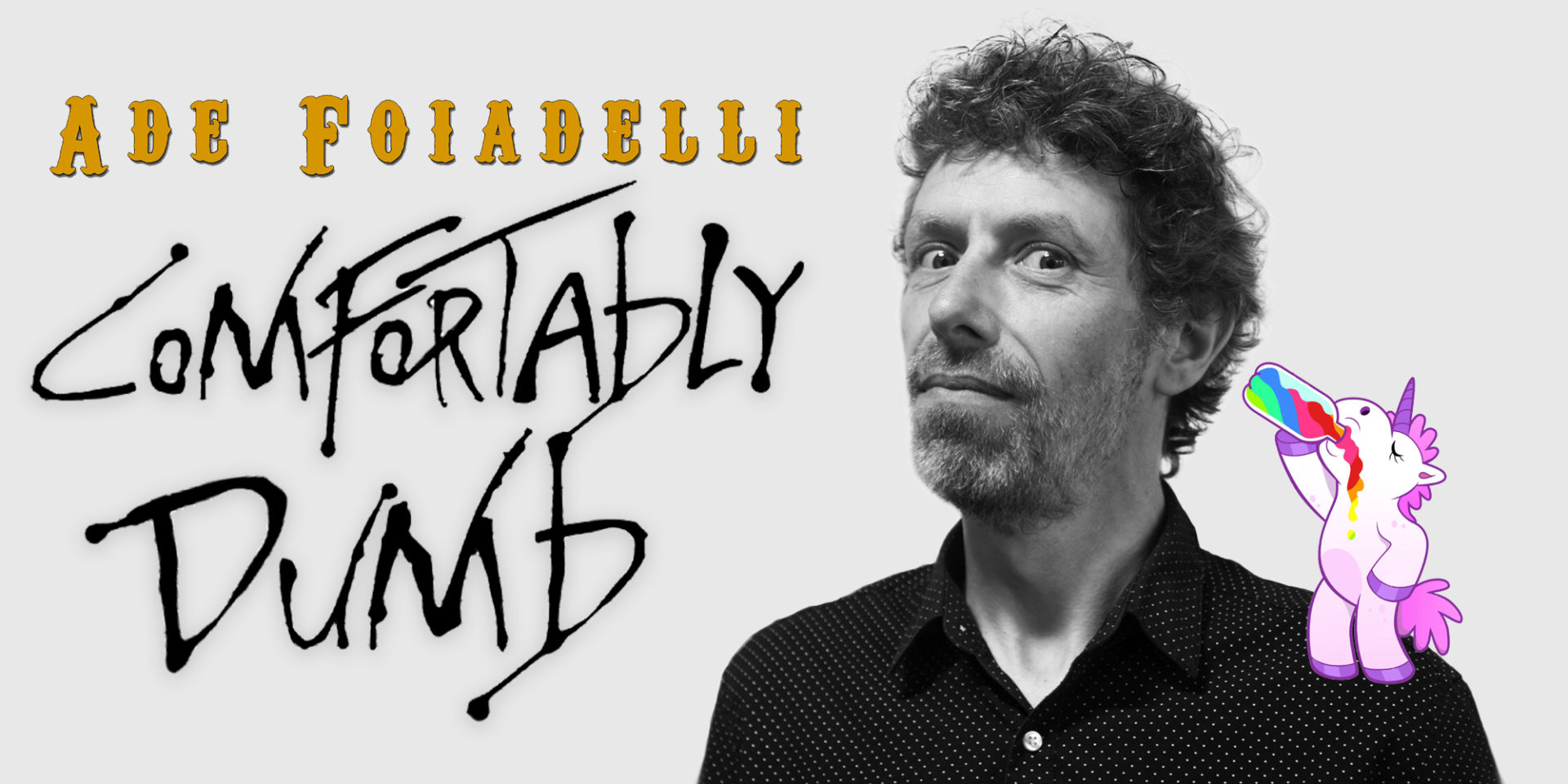 Life’s but a walking shadow, a poor player that struts and frets his hour upon the stage, and then is heard no more. It is a tale told by an idiot, full of sound and fury, signifying nothing.

That pretty much sums up the show.

The idiot is Ade Foiadelli, who has been accused of using logic that “defines good, opinionated, stand-up” (Chortle), as well as charged with being “an enthusiastic and charming comedian” (Broadway Baby). He also writes his own blurb for promotional stuff like this flyer, but loses the will to refer to myself in the third person by the end of it.

Come along, I’d love to meet you.